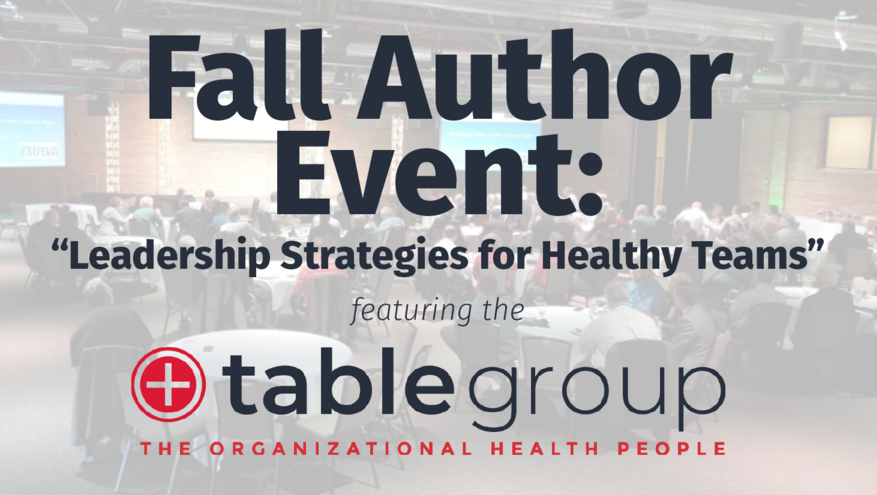 Would you consider a table to be technology — not a fancy touch-screen table, just a regular, everyday piece of furniture?

An organizational health expert with the aptly named management consulting firm, The Table Group, Thompson says, “A table is perhaps the best piece of technology a company can own. Used correctly, it can enhance your ability to strengthen trust within your team, develop clear strategies and be successful.”

During Bank of Utah’s 2022 fall author events in Orem, Salt Lake City, Logan and Ogden, Thompson and his colleague Beau Johnson provided relevant business management advice to bank customers and friends. They made the case that organizational health trumps everything in business because it:

Johnson kicked the event off by asking, “Have you ever looked at a successful company — one that consistently outperforms competitors — and thought, ‘They must just have a smarter strategy’?”

The Table Group has helped some of the nation's leading businesses transform the world of work, starting by defining the four disciplines of a healthy organization:

“Clarity is a strategy,” Thompson said, noting its importance. “It provides focus.” When working to create clarity, he recommends starting with the following six questions (which he illustrated with the Southwest Airlines management model):

1. Why do we exist?
“This is about internal alignment, and it goes beyond making money,” Thompson pointed out. Southwest, for instance, exists to connect people to meaningful moments in their lives. “This is why you’ll see commercials with a soldier coming home to meet his daughter for the first time, or a granddaughter going to see her grandfather for the last time,” he explained.

2. How do we behave?
This is where culture plays a role. Southwest behaves in a customer-service oriented, fun-spirited manner. “You’ll often hear that spirit reflected in their humor-filled boarding and in-flight announcements,” Thompson said.

3. What do we do?
This isn’t meant to be a long mission statement, but rather a short, simple sentence that provides a clear focus for all employees. For Southwest, it’s: “We transport people to their destinations via aircraft and airports.”

4. How will we succeed?
Again, this is a clear definition. Southwest defines success as being on time, low-cost and customer-service oriented, Thompson explained.

“This clarity empowers each and every employee to make decisions,” he said. “For example, if a customer arrives at the airport early and asks to get on an earlier flight, a Southwest employee knows to ask themselves:

“So, the employee helps the customer switch flights right then and there, no manager needed. They are empowered to do that because of the company’s clarity.”

5. What is most important, now?
Again, making sure goals are aligned.

6. Who must do what?
Everyone has a meaningful role and everyone understands their role.

By drilling down into those six questions, Southwest created a culture where employees want to be there. “As a result, they don’t have many job openings per year, and when they do, they get thousands of qualified applicants,” Thompson said.

Knowing Where to Start

When asked where companies should concentrate their efforts to become healthier, the answer was: “Start with trust.” Two types of trust exists, Johnson explained. One is predictive, which says, “We’ve known each other for a long time, and I know you’ll do what you say you’re going to do.” The other is vulnerability-based, which says, “You can feel comfortable expressing your viewpoint to colleagues without fear of retribution.”

While predictive trust is important, vulnerability-based trust is what makes great teams. “You can build that trust by spending time with your employees and getting to know their different personalities and preferences,” Johnson said. “It’s also important that leaders show vulnerability first, or no one else will.”

To end, Thompson reiterated, “There is a culture that exists within your organization, whether you’ve defined it or not. People today are looking for culture. Businesses must work to create clarity, alignment and environments where their best employees never want to leave.”

To that point, he asked, “Have you ever heard anyone say they quit a company because its goals were too well-communicated or the roles were too defined or meetings were too productive?” Seeing audience members laugh and nod their heads no, he said, “Me either.”

Thompson and Johnson shared a number of other anecdotes from the bestselling books, “The Advantage” and “The Five Dysfunctions of a Team”, written by Patrick Lencioni, founder of The Table Group. Learn more about the books or find where to purchase them here. 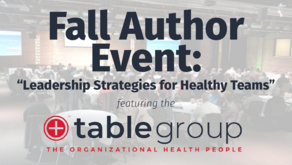 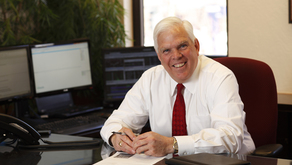 Bank of Utah's Douglas L. DeFries Recognized as CEO of the Year 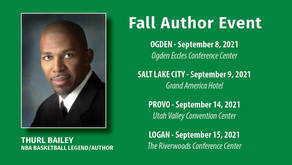