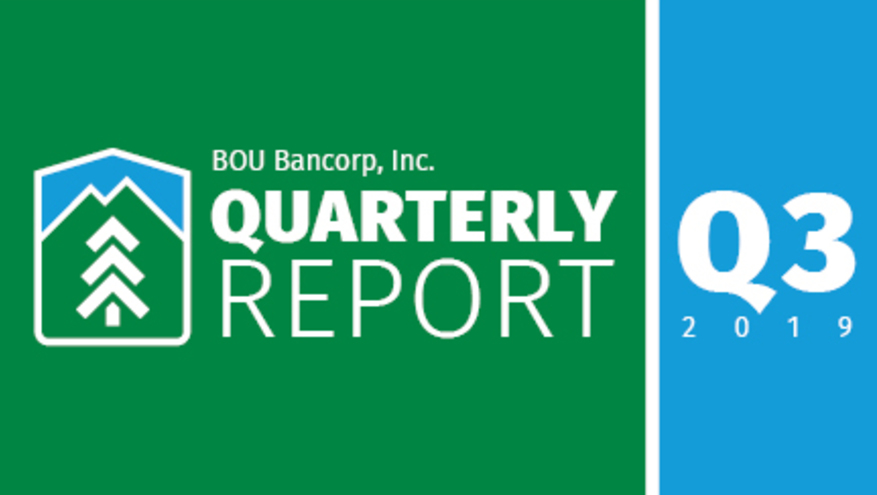 On behalf of BOU Bancorp, Inc. the holding company of Bank of Utah (Bank) and Utah Risk Management, Inc. (URM), collectively known as the Company, I am pleased to report a third quarter dividend of $0.07 per share was paid on September 23, 2019. The dividend paid for the second quarter of 2019 was also $0.07 per share.

World and national economies are experiencing uncertainty, causing the Federal Reserve to lower interest rates. However, our regional economy has remained strong and the Company continues to deliver positive results though a diverse product offering and by adapting to market changes.

Return on Average Equity (ROAE) continues to be in the upper tier of the industry at 14.43 percent, compared to 15.62 percent for the previous quarter and 16.22 percent for the third quarter of 2018.

In addition, the interest rates paid on deposits have increased throughout the year as the market responded to Federal Reserve activity in prior quarters. The FOMC made the first of three rate cuts in late July. After the most recent cut in October, the FOMC signaled it would not cut rates further unless the economy deteriorates substantially.

Operating income and expenses have continued to rise, though at a measured pace. Salaries and employee benefits increased by $.5 million. Some of this was due to the increase in commission-based mortgage volume and some increases for employee base pay. Utah’s personal income has grown 4.4 percent and is one of the highest rates of increase in the country.

Positioned for the Future
According to many economists and upon review of market indicators, we expect that the global and national economy will continue to slow over the next two years. We expect the Utah economy to slow as well, but continue to outperform the national average. With this said, we feel confident that Utah’s economy will continue to grow, just at a slower pace. We have been in the longest cycle of economic growth in our history; however, the growth in this cycle has been slower and less subject to large spikes, making a recession less severe and more manageable for consumers and businesses, if it comes about.

Our management team has built the Bank on sound principles. This includes the ability to adapt to meet our customers’ needs and offer services in a manner the customer requires; to deliver better than average returns for our shareholders; and to provide an environment for our employees to work and succeed. In the past 25 years, there are 60 percent fewer banks in the United States. Bank of Utah is one of the few banks that has not only survived, but excelled. Through our consistent efforts, we expect to continue delivering positive results for our customers, shareholders and employees for years to come. 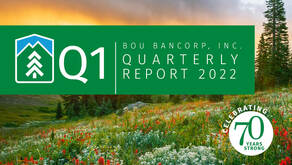 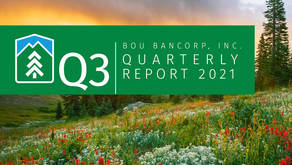 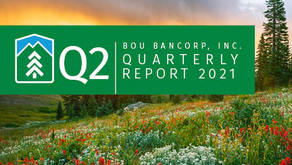 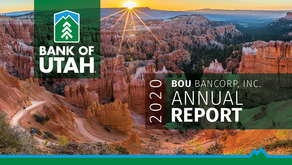