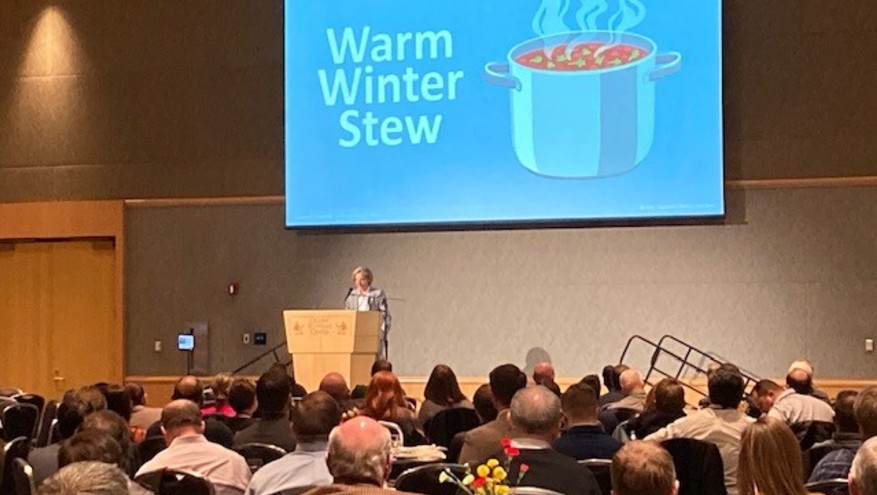 Utah’s economy experienced positive growth in 2021 and is poised to be one of the best economies in the nation in 2022. “That fact can give Utahans comfort, just like a hearty meal can,” said noted economist Natalie Gochnour during Bank of Utah’s 2022 Economic Forecast in February. During her presentation, cleverly titled “Warm Winter Stew,” she treated business leaders from Ogden, Logan, Salt Lake and Provo to the “recipe” that makes up Utah’s economy.

Gochnour is the associate dean of the University of Utah’s David Eccles School of Business and director of the university’s Kem C. Gardner Policy Institute. She said Utah’s homemade “stew” is complex, and she broke the “recipe” down into key “seasonings” and “ingredients” — some that flavor the stew and some that could sour it. While doing so, she highlighted labor market trends, population growth and the real estate/construction boom. She also addressed lingering challenges from the pandemic and potential risks.

4 'Seasonings' That Get Added to the 'Stew'

Bounty means there is much wealth and prosperity to go around, and spread represents the differing levels of success people experience, Gochnour explained.

“In the 1960s, people with higher levels of education received higher wages, but it’s important to note that everyone’s wages were increasing, from the high-school dropout to the graduate degree holder,” she said. “In the 1970s, wages were moving more sideways. Then, in 1982, Time magazine declared the “Personal Computer” the “Person of the Year,” and that’s when disparities became noticeable. The economy not only started to reward people with higher education levels, but it also started to not reward those without.”

Income equality has risen and fallen over the decades, Gochnour pointed out, but there is “considerable evidence of declining income equality over time.”

Population growth, combined with job and wage growth and low interest rates, fueled real estate and construction booms. Gochnour said the Utah housing market has a history of price spikes, but those pale in comparison to the 2021 increase of 28.3 percent. Strong demand continues to boost home prices, and rents are increasing as well, with the Salt Lake City metro area coming in number 12 on the list of skyrocketing rents.

Then, there is the commonly used housing shortage measure that compares the increase in households to the increase in housing units. “From the 1970s until the 2000s, Utah created more supply than demand, which made for a healthy housing market,” Gochnour explained. “In the 2010s, it flipped. We started out that decade not building enough, the shortage continued to accumulate, and now we’re about 45,000 units short of a healthy market. In Utah, the median days on the market is six.”

The number of people age 55 and older leaving the workplace has shot up since 2020, and Gochnour said we’re not likely to get them back. “In my opinion, these are people who have their savings, investments and home ownerships,” she said. “They’ve accumulated their wealth, and they are done. They have that choice.”

Taken from the book The Upswing by Robert D. Putnam, Gochnour explained that the “I-We-I” philosophy measures how much members of society cooperate with others, politically, economically and culturally. It demonstrates how society has gone from an individualistic “I” society in the Gilded Age, to a more cooperative “we” society focused on each other after World War II, and then back to “I” today.

Four 'Ingredients' Found in the 'Stew'

1. History and What Lies Ahead

In the very recent past, the U.S. has experienced a pandemic, social unrest, disrupted supply chains and political unrest. More unknowns are on the horizon: conflict in Ukraine, probable rate hikes, a Supreme Court nomination and mid-term elections. “And that just gets us through November,” Gochnour said. “We’ve experienced complicated times, and we’re still in complicated times.”

In the midst of it all, Utah has remained stable and stands out in many areas. While most state economies haven’t recovered to 2019 levels, Utah has emerged as one of the fastest-growing economies in the country, Gochnour explained. It leads the nation with a 3.7 percent increase in job growth from 2019 to 2021 and is one of only five states that had positive growth in that timeframe.

Gochnour also highlighted the strong, broad-based jobs recovery in Utah, with construction (12.4 percent increase), financial (6.6 percent increase) and manufacturing (5.8 percent increase) jobs leading employment growth. "We also have a diverse economy, with a mix of industries, which helps make our economy even stronger," Gochnour said, pointing out that, on a scale with 100 being the most diverse, Utah comes in at 95.5.

Customers, citizens, business and community leaders are being hit with information from every direction: supply chains, rate increases, inflation, social unrest and more.

“We have to take all of that and put it on a risk matrix. We have to ask ourselves, ‘What’s the severity of it?’ and ‘What’s the likelihood of it happening?’” Gochnour said. “Looking just at the global supply chain, which is far more stressed than the pre-pandemic normal, we have rising costs that have created an inflationary environment. Add in the unprecedented financial stimulus, which has put excess money into the economy, and it has created very tricky times.”

Gochnour encouraged business leaders and all Utah citizens to do these things:

Gochnour ended her presentation by restating a quote by Utah Speaker of the House Brad Wilson that said:

“William Arthur Ward once noted that, ‘The pessimist complains about the wind; the optimist expects it to change; and the realist adjusts the sail.’ With deliberation, with cooperation and with determination, we can create a future we all want. Let’s be bold as we chart The Utah Way. Forward.”

View the Presentations from Each Event 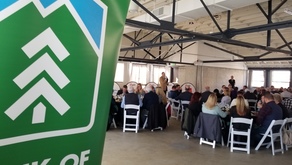 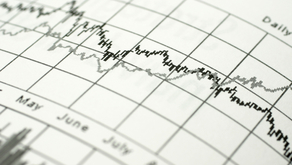 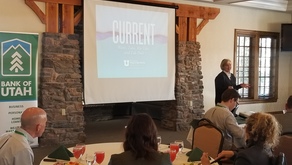 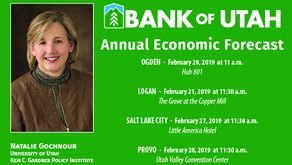